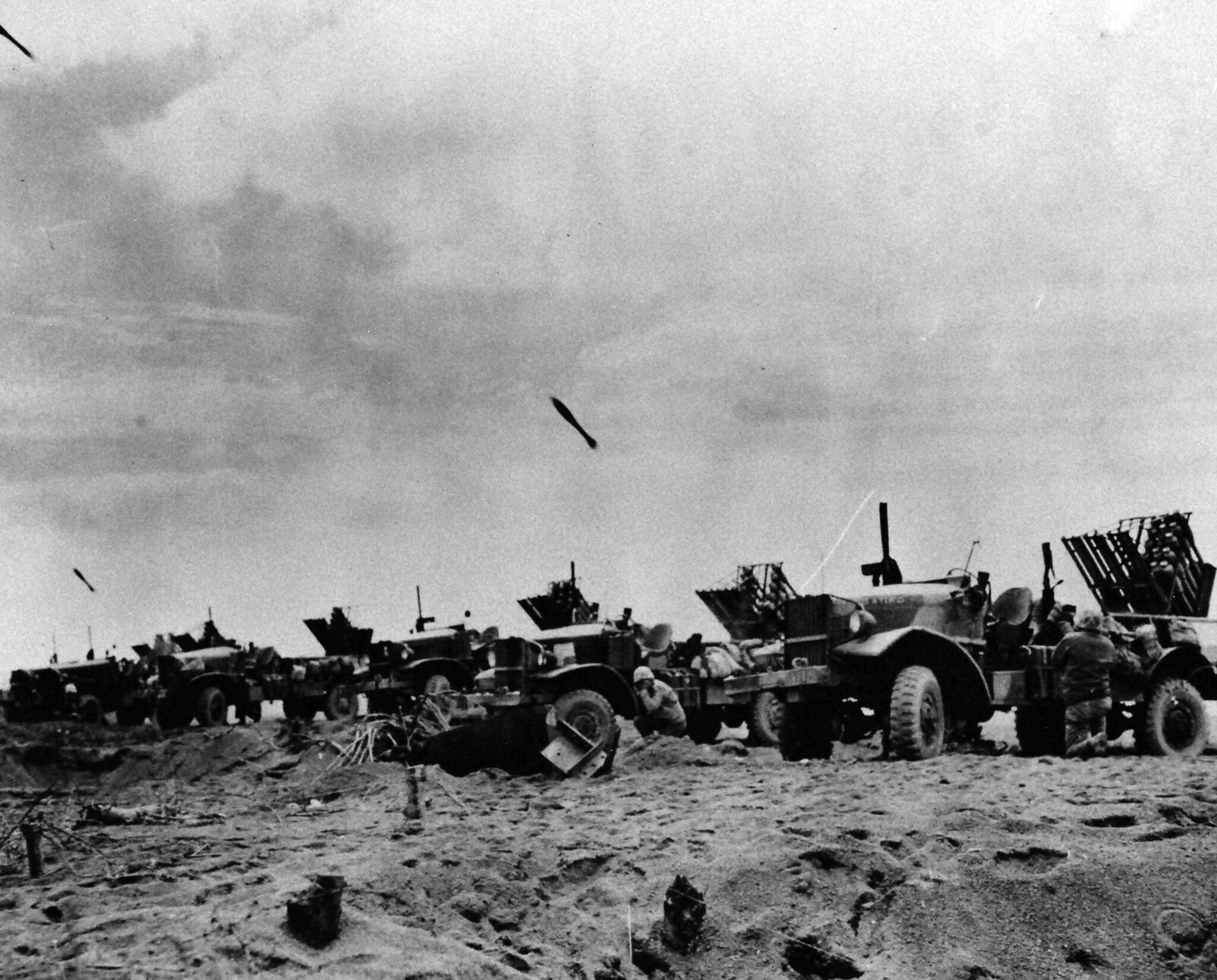 Battle for Iwo Jima, February-March 1945. Hit and run rocket fire was the order when these Marines of the Fifth Division let loose a barrage on Iwo Jima. The Japanese lined up their own rockets and mortars on the Marine fire and returned a two-fold barrage. The Marines would fire a barrage and then climb aboard the recon trucks on which the rocket tracks were mounted and swiftly changed their position. Photograph released March 26, 1945. U.S. Navy Photograph now in the collections of the National Archives.